You really wouldn’t expect to find a bunch of punks sitting on the beach of one of the most beautiful rivers in the world in Slovenia, but believe me, this is one of the biggest punk rock festivals in Europe surrounded by green mountains and abundant nature. It takes place in a small town called Tolmin in north west Slovenia. Tolmin is the festival town of the Soča Valley and it also plays host to festivals from all music genres from raggae to metal and blues to hardcore dance.

Punk Rock Holiday (PRH) is in it’s seventh year and it’s getting bigger and better. The amazing thing about this festival is that it runs from Monday through to Friday and you can get early entry for the weekend before, so it can be like a 7 day jolly holiday! Punks travel from all over the world to attend this beautifully located festival that has an awesome line up every year. 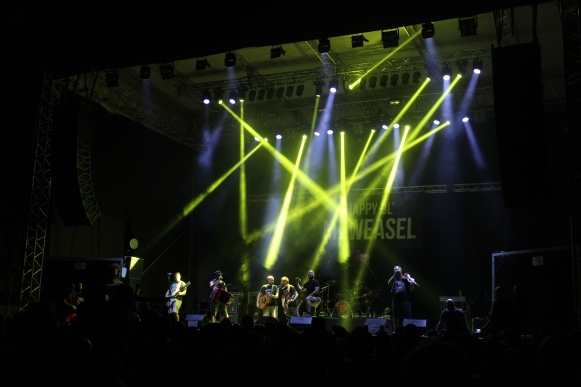 In my opinion, I think a great festival needs to fulfill three important factors. Good weather, good music and good food! Now food is always something I look forward to at UK festivals as some vegan food trucks and stalls are really getting creative and producing amazing nosh. It’s catching on in Europe too and PRH had some awesome foodie stalls where you can pick up some great vegan options. Veni Vegi Vici is the best place for a nice, juicy seitan kebab. Oh my goodness, the pita is stuffed with deliciously flavoured BBQ seitan pieces, fresh salad, a vegan dressing and a mega spicy sauce. 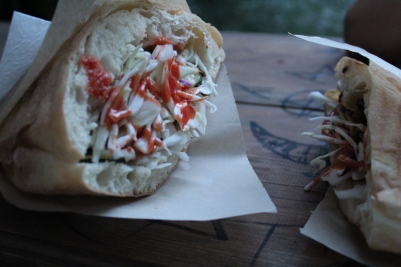 There were more vegan food stalls this year then last year and I was over the moon with the amount of choice. Taman Organic which is a vegetarian/vegan restaurant tucked away in Ljubljana had a pop up food stall where they served vegan ice coffees, vegan ice creams and tofu noodles. Their specialty was the black vegan burger which I devoured with a side of fries. 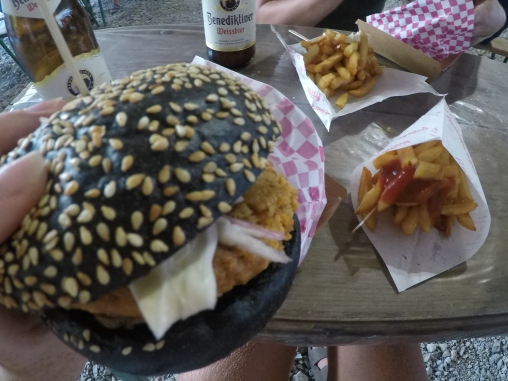 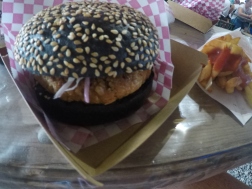 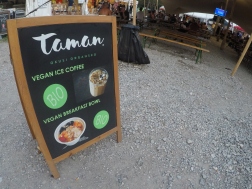 PRH has stepped up their game with vegan food options this year with a great choice. In the Slovenian Village there were numerous vegan only stalls and stalls with a lot of vegan options, like Kulinaristan. 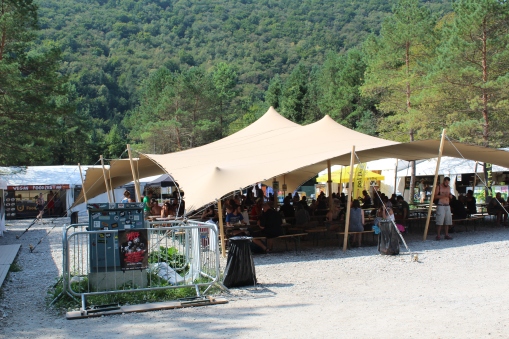 The festival is 5 days long and if you’re not self catering then there is plenty of different daily options, including breakfasts. There is also an amazing Hofer supermarket right next to the festival which stocks numerous vegan products too like vegan ice cream, plant based mylks and Violife vegan cheese. At PRH, there are notices on the bar that show that all the drinks served are vegan too which is awesome and there are cold water taps everywhere including inside of the arena so you can refill water bottles.

PRH tries to reduce waste by also adding a €1 cup deposit scheme which means that rubbish around the festival area is seriously reduced and when you arrive at the campsite you get separate bin bags for recycling too. 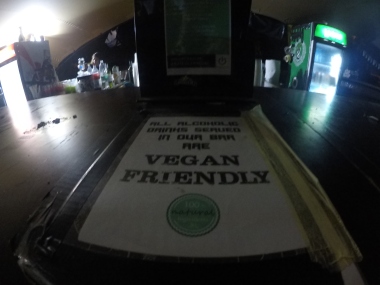 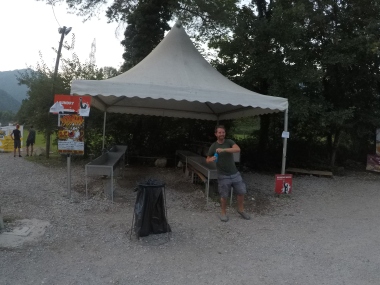 PRH holiday attracts big punk rock bands from the USA and around the globe as this festival is the biggest of its kind. It is a magnet for hardcore fans, who travel far and wide to attend. Compared to large scale festivals I’ve been to like Leeds Festival and Latitude, PRH feels like a small, cosy festival where it isn’t hard to get a good spot in the crowd and there are enough toilets and space for everyone.

They have a wide range of bands from different countries and many up and coming punk bands on the beach stage which run throughout the day. There are no clashes which makes watching music easier too. My boyfriend, Pete, has been to the punk festival Rebellion in Blackpool which is kind of PRH’s sister event, yet there is just something about Tolmin that takes the biscuit with the location, the Soča river and the holiday-like feel. It’s seems random that this little festival in the corner of Slovenia is so popular but it’s the good vibe and the fans that make it what it is. My personal experience was that the festival goers were friendly, helpful and just wanted to have fun. The open stage allows for fans to stage dive and get up close and personal with their favourite bands, stage invasions are common! This years highlights for me were Mad Caddies, Badcop Badcop and Happy Ol’ McWeasel.

Sunset over the campsite 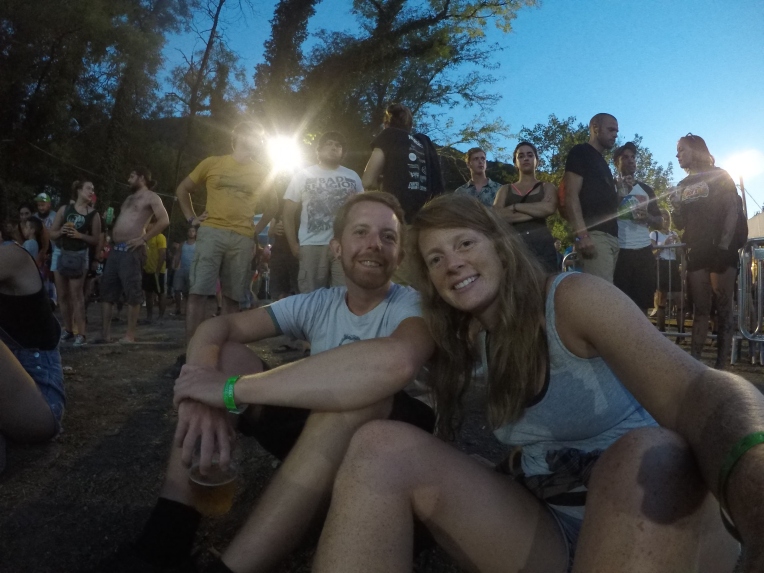 I had a great time at PRH and really felt like I was on holiday as I chilled by the river, enjoyed a laško beer and listened to the live music. PRH is the festival for you if you are looking for a fun festival abroad in a beautiful location that also truly promotes great vegan food!