Slovenia isn’t the first country you think of for finding good vegan food with their heavy meaty menus and obsession with all things skuta (mountain cottage cheese), but it is trying to embrace the increasing demand for people who are vegan or for anyone following a plant based diet. 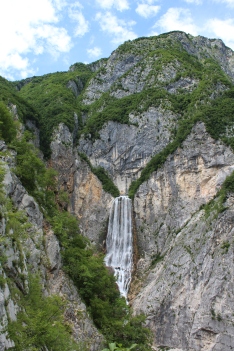 Let’s talk eating out. I live in Žaga in the Soča Valley and this area is pretty rural with many family run restaurants that cater mainly for the tourist market. So you can imagine pizzerias, burgers galore and the famous Soča trout which is served whole. This is my second summer season here and I have noticed how more plant based items have started to creep onto some restaurant menus. Below are places I have found that are vegan or have at least one good option for vegan food.

Okrepcevalnica Ku Dobro, Nova Gorica
Ohmygosh there is a 100% dedicated vegan restaurant in the Soča Valley!!! I found this place on Happy Cow (which is my favourite app) and it’s in Nova Gorica. You may be staying near Bovec or Kobarid and check where this is on Google maps and quickly realise that it’s nearly an hour away, but seriously even if you’re not vegan, I recommend you to go. The location is easily accessible by car slightly out of the main city of Nova Gorica in Šempas which has stunning views of the mountains, right next to a parachute landing zone. It’s the world’s first vegan bistro at a parachute landing zone, how cool is that? They also use seasonal, organic and local produce. We stopped by on our way to Venice airport (we actually went out of way to go there) and had lunch. I had a large fruit smoothie with a mixed seitan and soy chick’n gyros with fries. In hindsight I didn’t need the fries and I was able to save some gyros for some airport snacking. The gyros was absolutely incredible. Firstly it was huge and served in proper gyros bread wraps that I’ve had before in Greece that are chewy and delicious. It was filled with plenty of salad, BBQ style seitan and soy chick’n pieces and also a homemade vegan mayo sauce flavoured with dill. The menu isn’t just vegan fast food options, as well as burgers and pizzas, they also have salads and a daily homemade lunch special. The owner is super friendly making the whole experience at Ku Dobro really enjoyable. I will definitely return! 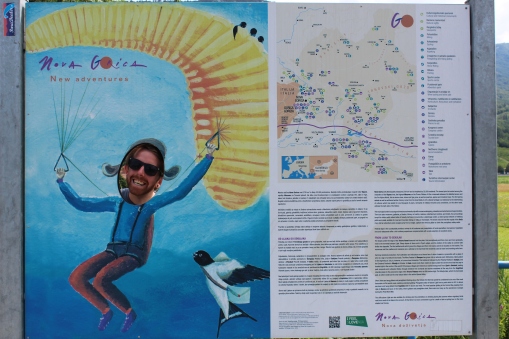 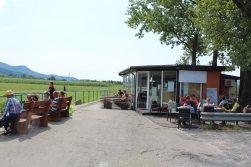 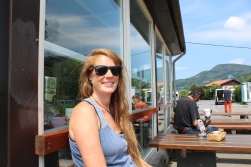 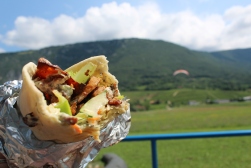 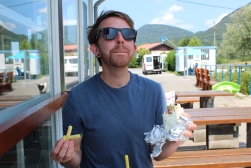 Kamp Lazar Restaurant, Kobarid
This place is firstly in a really cool location just down from Napoleon bridge in Kobarid, right next to the Soča river. Secondly, on the menu is says “Vegan Option – Chef’s daily” and this is really nice to see in rural Slovenia. The vegan special changes every day so on that evening I had grilled polenta with boletus mushrooms and grilled vegetables. It was actually really tasty, seasoned well and a refreshing change from pizza without cheese and fries. The restaurant has a relaxing and comfortable vibe with outdoor seating and a firepit. There is some covered outdoor tables and plenty of indoor seating too, so if the weather takes a turn for the worse you still get to enjoy this place. The vegan special is €8, which is a bargain as it’s huge and a bottle of Laško beer is €3.40, which is actually slightly more expensive than other places in the valley, but I guess they’re appealing to the tourist market. 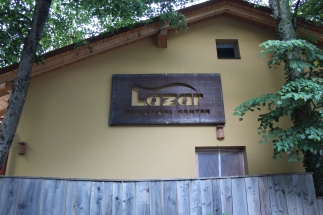 Entrance to the restaurant 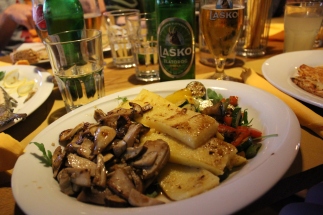 Pizzeria Fedrig, Kobarid
You can easily order a pizza without cheese if you follow a vegan diet and I often do that at many places we go to. However, you want the pizza base and tomato sauce to be good quality and tasty to make up for not having cheese. Fedrig make their pizzas in a wood fired oven so the base is super crispy and the sauce very flavoursome with garlic and basil. It was topped with veggies and of course I laced it with plenty of chilli oil. I often ask for ruccola rocket on top to give it some extra peppery flavour too.

Nono, Bovec
This is a brand new restaurant for the 2018 season. It specialises in pizzas from it’s bright red wood fired oven and also huge burgers. I opted for the veggie burger but had to ask for it without cheese and mayonnaise. It was basically just grilled aubergines and courgettes, rammed with salad . It came with a side portion of fries too so I was still super full. I have since had the Marinara pizza with artichokes as an extra topping and it was delicious. Nono is located just outside the main centre of Bovec on the road out to Trenta and they are a good choice for pizzas. 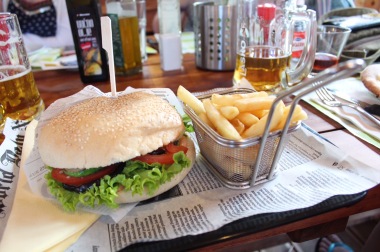 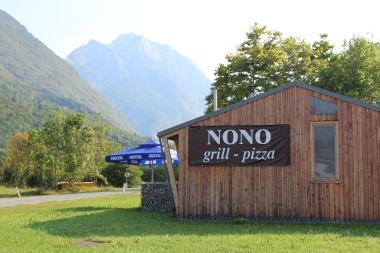 Nono Bovec in the morning sun

Felix bar, Bovec
Felix bar is popular with both locals and tourists for there laid back service and chilled atmosphere. They offer a really good veggie burger but you have to ask for it without mayonnaise. It is loaded with salad, tomato salsa, grilled aubergines and courgettes and a soy chick’n style patty. Mine came with onion rings but as they aren’t usually vegan, I gave them to Pete who is vegetarian. Burgers are around €8 each and they are huge so definitely worth it. Chips have to be ordered separately. 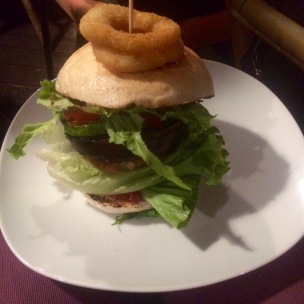 Self Catering Vegan
If you are choosing to self cater, then the local supermarkets (e.g. Mercator, Hofer and EuroSpin) are increasingly selling more brands of alternative mylks, vegan meat replacements, soya ice cream and random things like organic coconut syrup and hemp protein sachets. I do my food shop mainly in Tolmin as the bigger shops have cheaper fruit and veg but if I’m just popping to Bovec then Mercator has lots of vegan products like tofu for 89 cents, vegan ice creams, oat mylk, vegan cheese and dried soya mince. The Mercator in Tolmin has vegan cheeses and vegan mayonnaise and the Eurospin has a great selection of plant based ice creams (tiramisu, chocolate, cherry and vanilla!). It’s becoming so easy to be vegan in the Soča Valley and it makes cooking more interesting and varied as it’s not difficult to pick up plant based ingredients. I

My favourite blogger to follow at the moment is Slovenian Vegan who finds great vegan spots around Ljubljana and also posts about new vegan products in the supermarkets and when they are on sale. 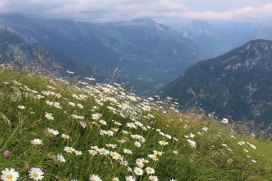 Looking towards the valley

The Soča Valley is becoming one of the fastest growing holiday desinations in Central Europe and the increasing tourism means that more cruelty free food is becoming more readibly available which is great news for all us vegans. As Slovenian restaurant owners become more aware of the demand for vegan food then more options will appear on restaurant menus which is nothing but a good thing for the environment, your health and the animals 🙂 This blog will be updated regularly with more restaurants with vegan food as I find them. Let me know if you have had any awesome vegan meals in the Soča Valley, Slovenia.

2 thoughts on “Eating vegan in the Soča Valley, Slovenia”