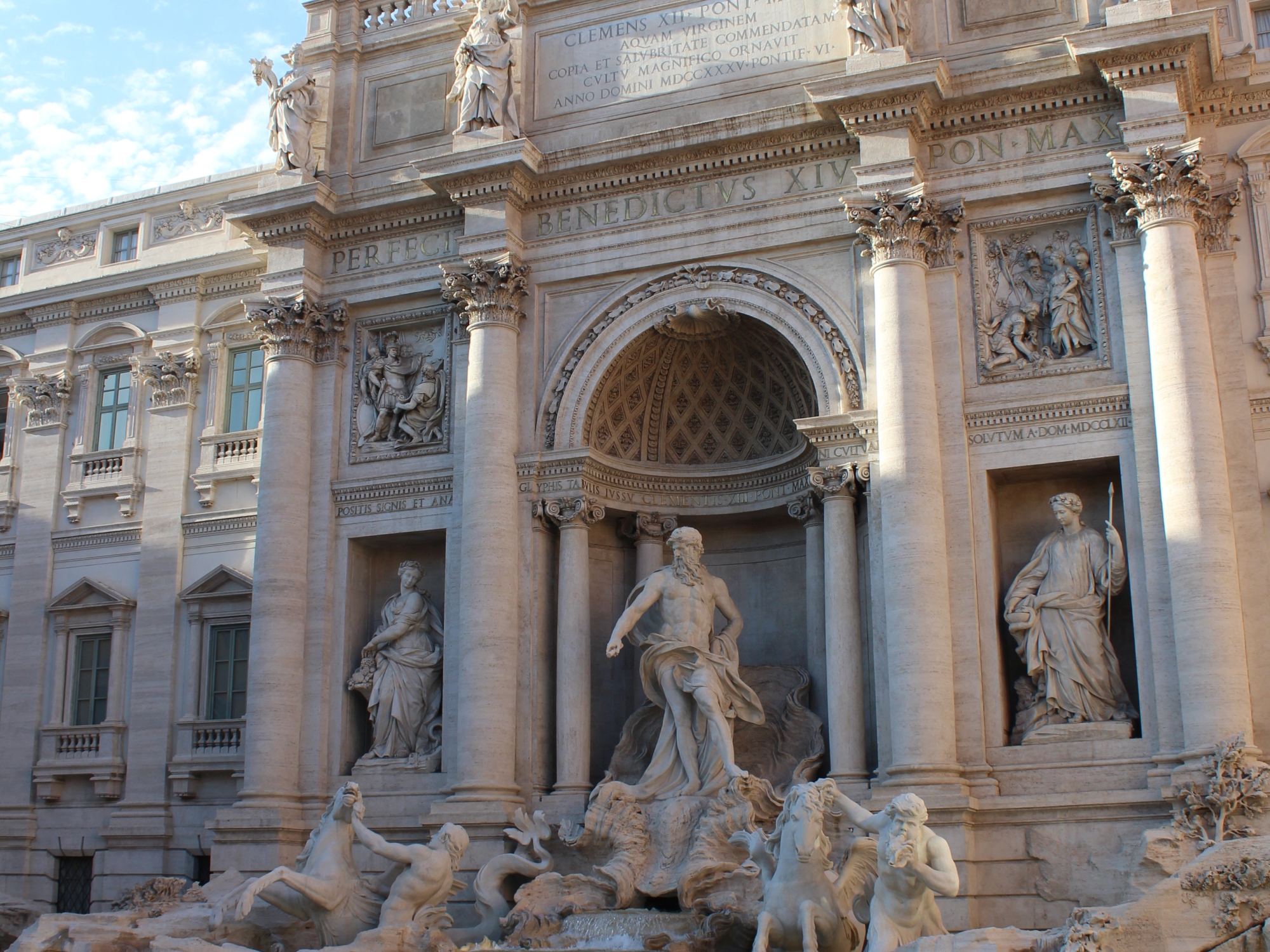 Driving into Rome was an exciting experience, not just because of the chaos of the Rome ring road but because I’d wanted to visit there for years! We decided to stay at Fabulous Village Campsite for two nights because it was cheap (€22 per night incl. electricity) and well located in-between Rome and the coast.

We arrived around lunchtime so decided to cycle to the coast as it was a hot, sunny day. We crossed what we thought was a public access farmer’s field and continued along an incredibly bumpy road towards Ostia. With around 10km to go I realised I had a puncture so frustratingly we turned around and found a large supermarket hoping they’d stock a puncture repair kit. They had bike lights, pedals and even bloody brake cables but no puncture repair kit, alas we decided to walk the 2 hours back. Luckily we found a tiny bike shop where a bloke fixed it in record speed for €8.00. I spotted the culprit of the puncture, a thistle thorn from the farmer’s field! We returned to the campsite and enjoyed an evening eating al fresco and swatting away mosquitos.

Getting into Rome was easy, a bus ride and a few metro stops later (€1.50 for 100 minutes of travel), we stopped at WANI vegan bakery for brunch. WANI stands for We Are Not Ingredients and I loved that! Their choice range was epic and I wish I could have eaten one of everything but I stuck to a slice of spinach quiche and one of their famous chocolate bomb donuts. All incredible and so cheap!

Post bakery feed, we hopped back on the metro and got off at the Colosseum stop. It was an epic sight and we took about 1000 photos of it. We walked around quiet parts of Rome towards the Vatican City to tick off another country. St Peter’s Square was actually more impressive than I thought and the Sistine chapel was spectacular.

Feeling peckish, Pete chose iVegan for lunch. A whole food plant based shop and burger bar in one located outside the walls of the Vatican. I had a massive tempeh and avocado burger and Pete had the epic ‘bacon cheeze’ burger which was a whopper. After lunch we took the metro back to Trevi fountain and joined a massive group of tourists all getting photos of the famous attraction. I’ve seen it in so many movies, it was cool to see it in real life.

We wandered around this area for a bit and went inside the Pantheon. And after a pretty disappointing vegan gelato we sat in Piazza Venezia, had a aperitivo and watched the world go by. We got the metro and bus back to the campsite at 9pm and we were both so shattered that we decided to book another night at the campsite.

It turned out to be another spectacularly sunny day so we embarked on a other attempt to cycle to Ostia. Crossing the thistle lined farmer’s field again, I advised Pete to carry his bike, not heeding my advise he subsequently got a puncture! Luckily his bike is infinitely better than the €30 bike I got off Facebook marketplace and his tyre stayed inflated until we returned to the campsite that evening. (The reason why we repeatedly took the route through the farmers field is because it was a massive short cut!)

We finally made it to the coast where we sunbathed at a small lido then tried to find a suitable-for-vegan gelataria because I wanted my memory of Rome to include a decent ice cream. We went to Gelasio and my God, what a dream! They had 12 amazing vegan flavours to choose from including a coconut cream topping and vegan wafers. A large pot was €3 (so cheap) so naturally I chose this with Bounty, banana and dark chocolate flavour. Pete got chocolate orange flavour which was one of the best gelatos I’ve tasted. Definitely definitely recommend to anyone visiting Ostia.

Our time is Rome was so great. The city exceeded my expectations in terms of beautiful buildings and open spaces. We had some really great vegan food and enjoyed a lovely beach day too. We checked out of Fabulous Village and after a few wrong turns (my fault) trying to get back onto the Rome ring road, we made our way south to Campo di Mare to stay at a free camper park up en route to Naples.